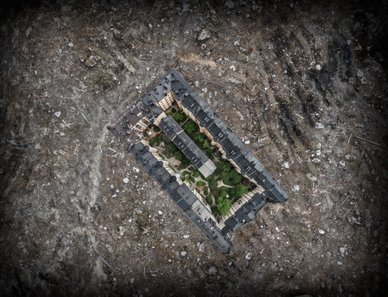 Tentakel Förlag is a newly started independent publisher with the intention to release sound art / music that focuses on social communication and human behavior. The goal is to gather such sound art and sound artists internationally under their umbrella. Tentakel also publishes a material for upper secondary school where sound art is the starting point for various tasks, named Sound as language. Read more at: www.tentakel.org

My city block - if the world disappeared

"Imagine my city block. Imagine if a day would come when the entire world outside of our block disappeared. " The quote is taken from the introductory text in My city block, which is the second digital production that is now coming out at the newly started Tentakel Förlag, Sound art publisher. It is in the form of a multimedia work and with sound art, text, instruments and film we dive into a world of issues around ourselves when the world around us one day suddenly disappears. The work is a collaboration between Ylva Bentancor, sound art / text and visualization, Gustavo Bentancor, sound art / instrument construction and the violinists Cecilia and Martin Gelland in Duo Gelland. Magnus Hjalmarson Neideman has made the cover photo and the project's central image. My city block can also be seen as a debate post in most debates today; pandemics, climate change and the consequences we see of it, our digital lives and an increasingly harsh climate in society, racism, prejudice and the world economy.

Ylva Bentancor is a sound artist and founder of Tentakel Musik, which has now been developed to also include Tentakel Sound art publisher.

Her works, which increasingly have visual elements, have been performed all over the world, at concerts, radio, festivals, galleries and figured internationally consistently. During the autumn, she is coming up with a presentation on the French web radio channel WebSYNradio and is working on a sound and crochet project, Forever Provisional. Read more at: www.ylvabentancor.com

He started a bandoneon workshop in Sweden, travelling through Paris, Berlin and now in Spain. In the workshop, he began experimenting with the construction of self designed instrumens,  with a focus on lifting almost inaudible sounds in the materials he had in his workshop. Today, sound art is taking up more and more of his artistic work and he has participated with his sounds in several productions. He is now working on a project under the working name "Perhaps" and which will be published in 2022. 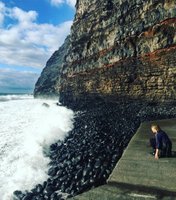 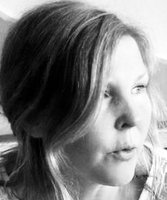 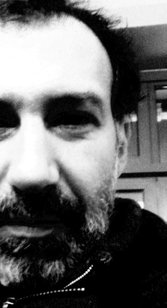 We are not on social media... what the future will show we know nothing about, but right now, thats the way it is...